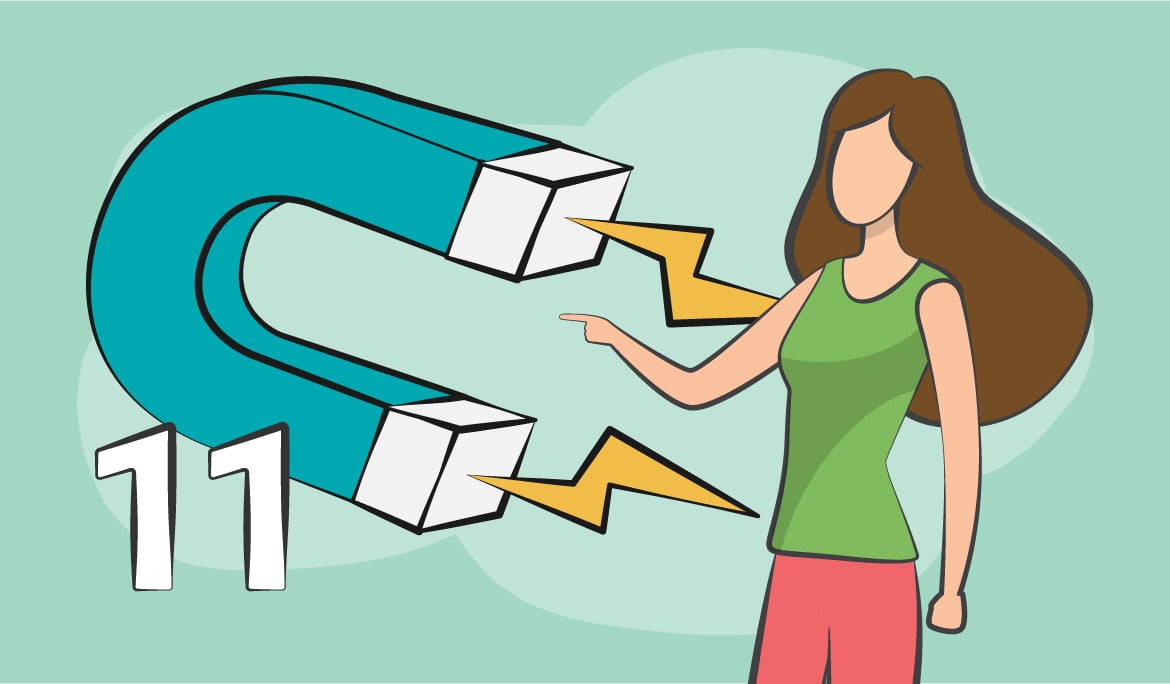 By exploring employee retention statistics we can paint a picture of exactly why employees quit.

Picture a sample of about ten of your closest family and friends. If you casually surveyed them and asked how many years they stayed at their longest job, what types of numbers do you think would come up? Probably some very uninspiring ones.

It’s essentially a modern fact; finding a great company to work for when you're fresh out of school and climbing the ladder for the next 30 or 40 years in the same place is no longer a marking of career success. And maybe that’s a good thing. In an employment economy flooded with choice and variety, there is an appeal to testing out different options.

However, the polar opposite pattern of endless job-hopping is not necessarily appealing either.

Although it sounds downright exhausting, the reality is many people—especially younger workers, are serial job-hoppers.

According to an extensive analysis by Workopolis of over 7,000,000 employment-history records from 1990 to the present, the overarching trend suggests “shorter stints at jobs have now become the majority.”

These statistics unequivocally show that—yes, people are job-hopping at a higher rate. Still, the numbers fail to tell us anything about why employee quit their jobs, nor anything about the psychological impact of continually switching jobs.

For instance, a 2016 Forbes report suggests that workers—even Millennials!—“aspire to build a long-lasting career with one company.”

One burning question remains: If workers are not entirely happy with job-hopping, Why are they doing it? What is prompting people to jump ship so quickly at any given company, and what can businesses do to increase retention?

We will explore some retention statistics and figure out some valuable lessons organizations can learn from these insights. 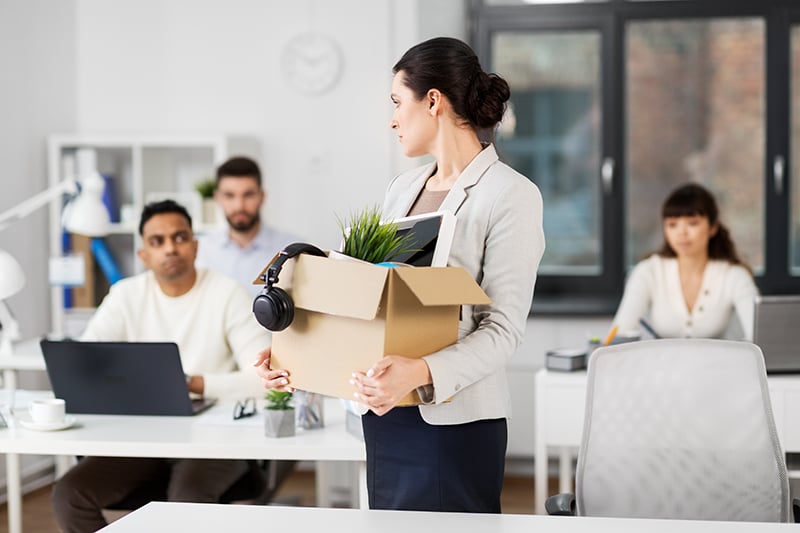 Let’s start on an optimistic note...

Underpinning employee churn is a core reason for each departure. A Work Institute study shows that 75% of the causes of employee turnover are preventable.

In short, no matter what the reason, if management and HR had intervened with a solution early enough, churn could have been prevented.

Let’s find out exactly what is causing employee churn.

A TINYpulse survey found that feeling underappreciated is a significant driver for employee churn.

When employees feel undervalued, even the potential of a small boost in earnings may persuade them to jump ship, as 25% of employees surveyed said they would be willing to leave their current jobs for just a 10% raise.

It turns out; company culture plays a big role in perpetuating an environment of positivity and acknowledgement. As 47% of employees that felt undervalued are actively looking for new positions, say company culture is the main reason.

Lack of trust and autonomy

Think about churn in higher ranks of a company: with the individuals holding VP and Director titles.

VPs and Directors are considered experts in their discipline. Often, holding Masters and even Ph.D. degrees, with ten to fifteen years (or more) of experience in a specific field under their belt. Executives hire people with these subject authorities because they may be lacking in-depth knowledge and expertise.

Imagine then executives not being able to relinquish control and requiring these experts to run every decision by them. Of course, executives should have a clear understanding of what’s happening in their company. But shouldn’t they also trust the experts?

It’s no surprise that a climate of control and organizational distrust fuels employee churn.

A Gallup study shows that employees “whose hands are regularly tied are 28% more likely to think about greener pastures.”

The same study found a strong connection between employee job satisfaction and the “freedom to make decisions about how to do their jobs.”

Sometimes employees and managers are not fully aligned on the job requirements. Perhaps this misalignment occurred due to an opaque hiring process or an inadequate job description. Whatever the reason, stats show that when employees feel they are not doing what they thought they would be doing, churn often occurs very quickly.

A study showed from a group of employees that quit within the first 90-days, 43% of them report the reasons as their day-to-day role wasn’t what they had been led to believe would be during the hiring process.

This should be a lesson for HR and managers to collaborate on writing job descriptions and ensuring that the tasks and responsibilities of this role are made abundantly clear during the job interview process. 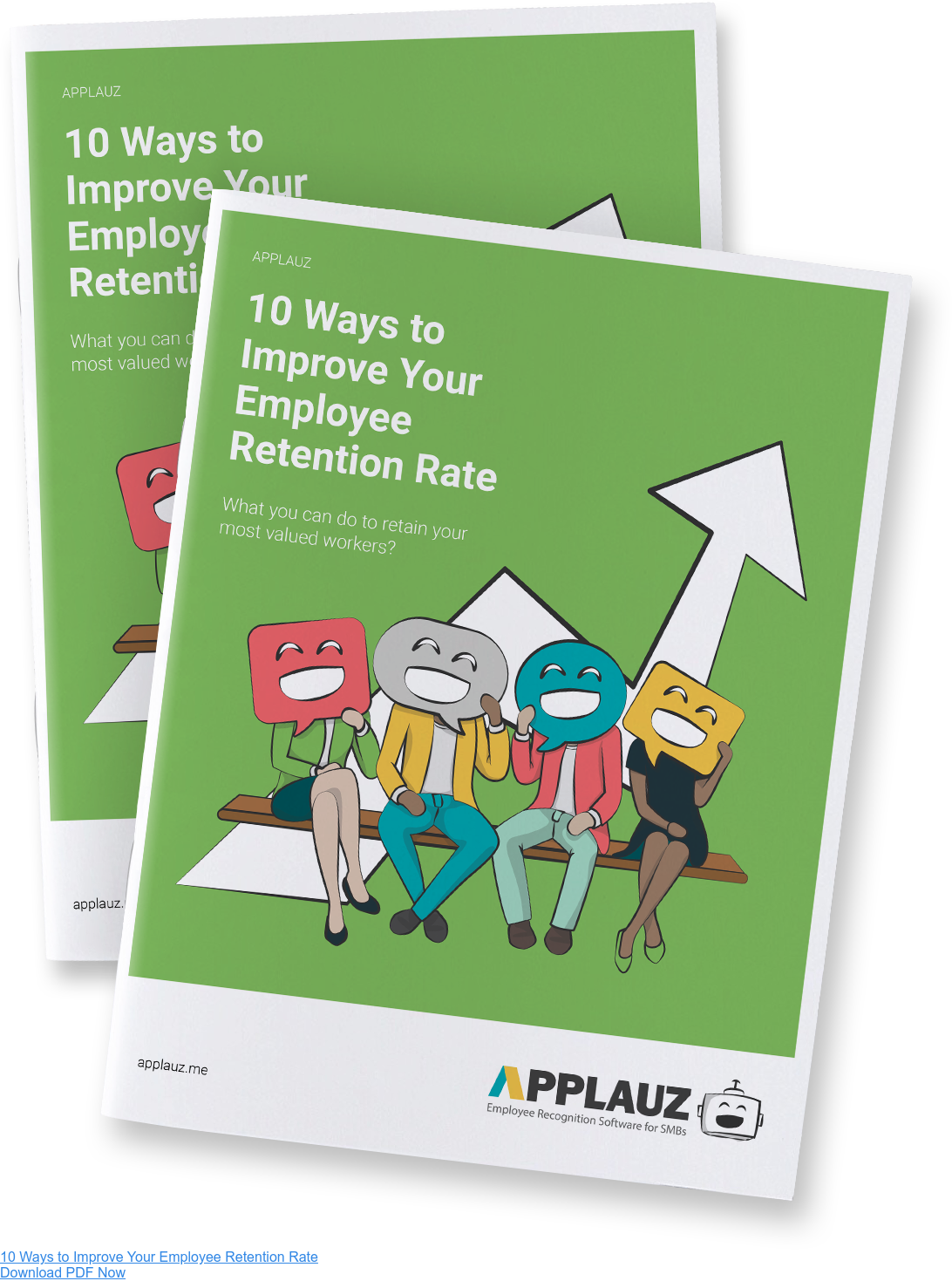 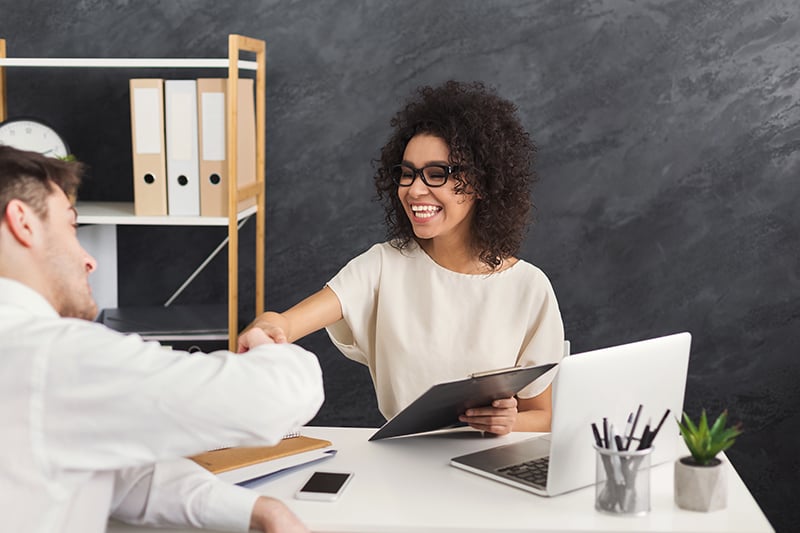 Now that we have explored some root causes of employee churn, let’s continue on an optimistic note and look at what the stats have to say about improving employee retention.

As mentioned, feeling under-appreciated is a significant driver of employee churn. It’s no surprise that implementing a recognition program like Applauz Recognition can do wonders to boost engagement and retention.

Studies back this up and show that companies with recognition programs are highly effective at improving employee engagement and have a 31% lower voluntary turnover.

Moreover, studies show that when employees feel engaged, businesses experience a drop in absenteeism by 41%.

A Gallup study shows that employees who use their strengths, skills, and abilities every day are six times more likely to be engaged at work and 15% less likely to leave their jobs.

The cost of employee turnover

We will end this article with a sobering reality check and look at the cost of employee disengagement and turnover.

Companies spend a lot of time and resources to "fix" retention problems. That's because—as you probably know—the cost of losing employees is high.

The Center for American Progress found that companies can spend anywhere between 16% to 213% of an employee's salary to cover the costs of finding a replacement.

On an even higher level, Gallup found that Employee Disengagement, on the whole, costs somewhere between $450 and $550 billion each year.

Employers may be compelled to treat employees like short-term assets when they are cognizant of today's grim job-hopping statistics. Ignoring workers' deeper human needs as a result. In short, companies think—"why bother," they will most likely leave soon. But these statistics don't paint the whole picture.

In other words, ignoring employee retention is narrow-sighted.

Managers should never forget that loyal employees are among the best assets for a successful company. They bring momentum, stability, and growth to an organization. And more importantly, loyal employees serve as prime examples of your companies values and overall employment success.

Want to discuss these statistics with a specialist? 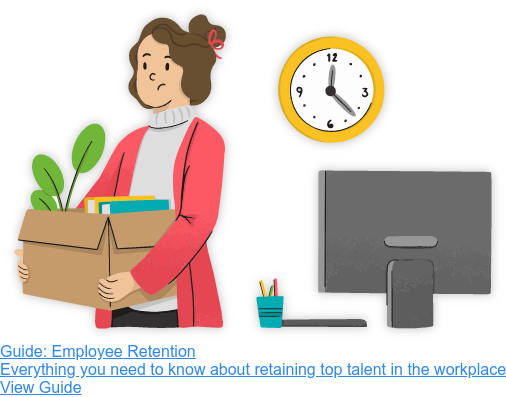 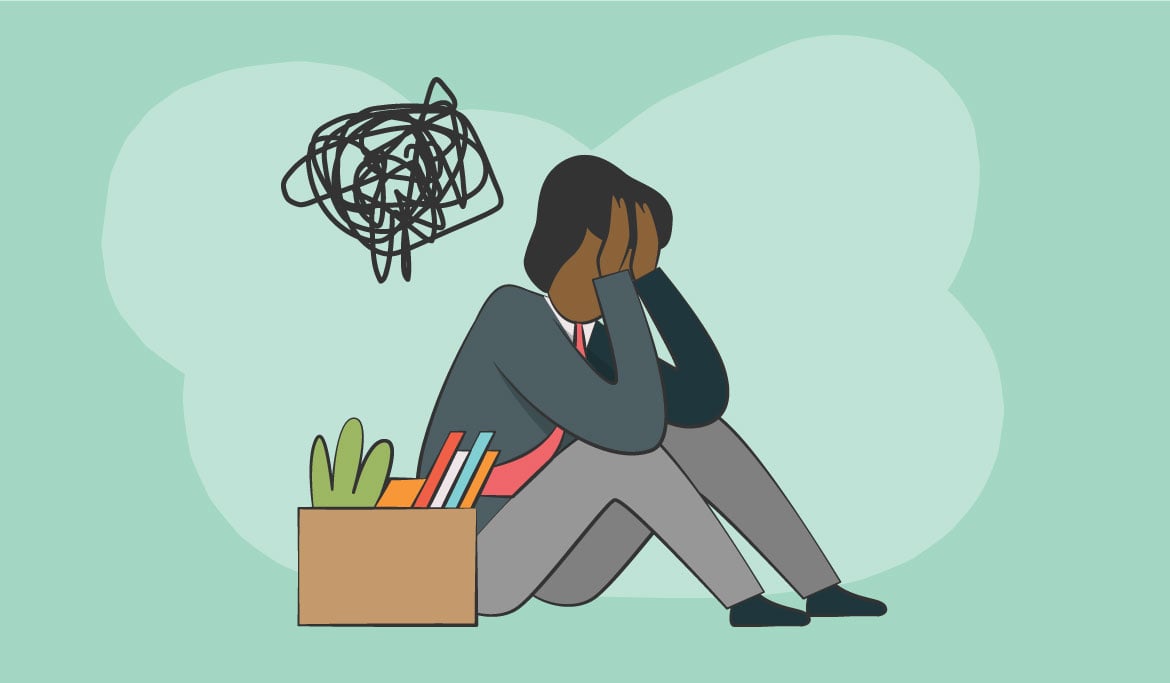 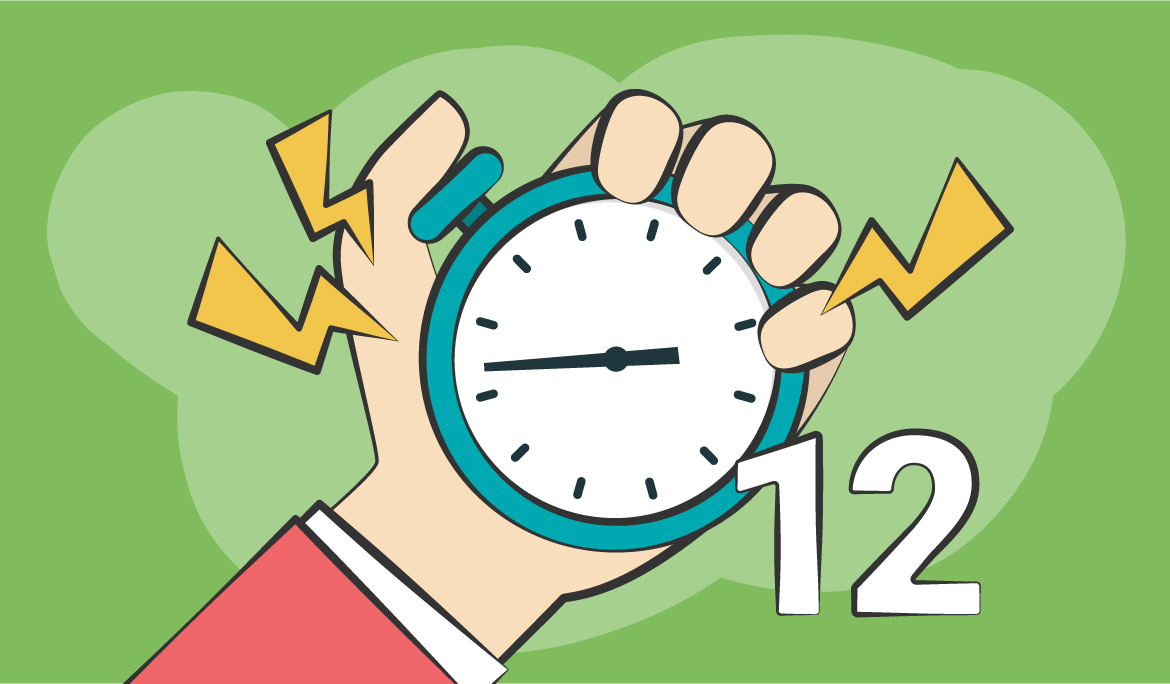 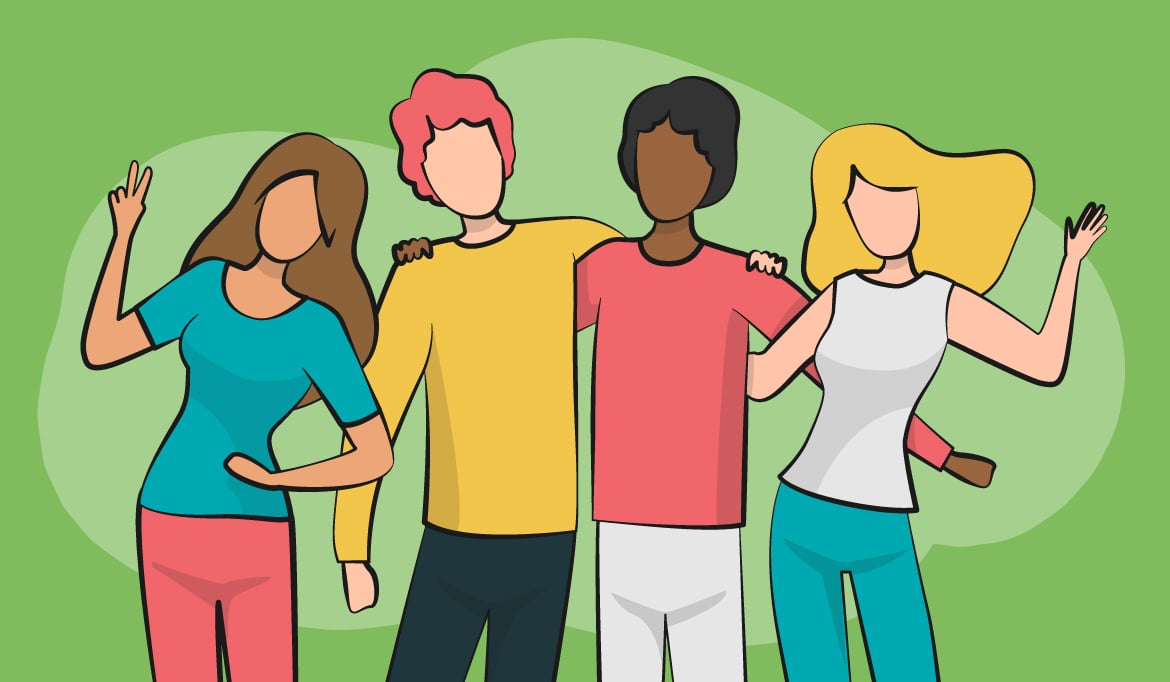