What Is Presenteeism at Work and Why Should You Care 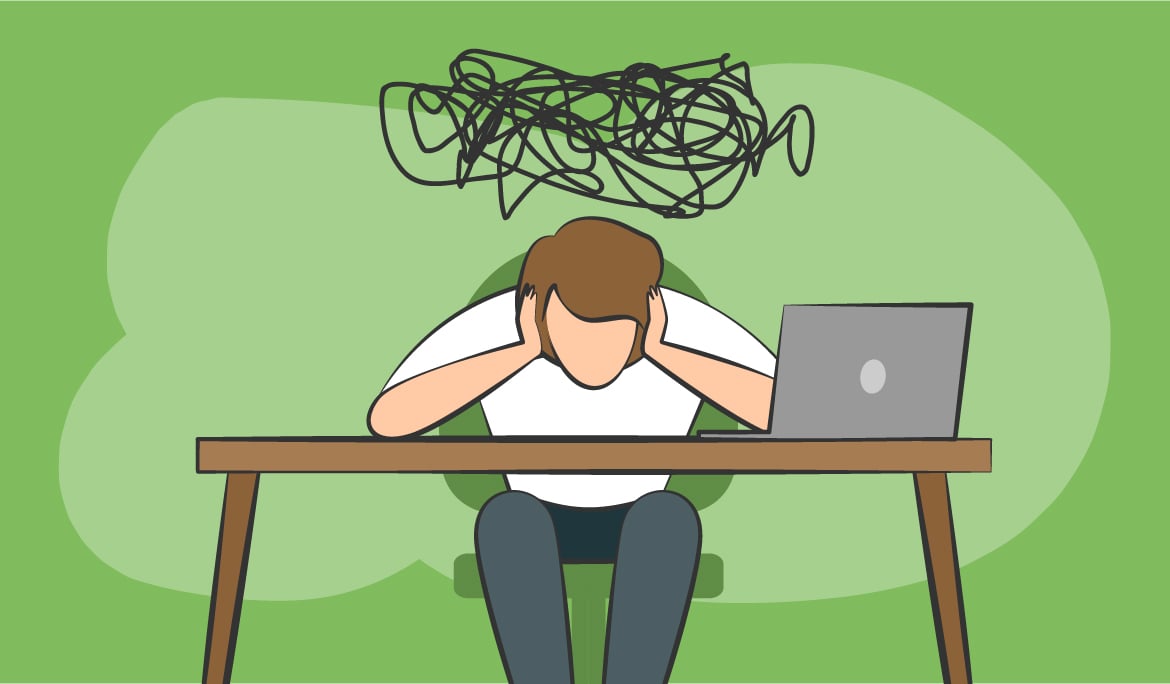 Let's look at what is presenteeism and why employees may feel the need to come to work even though they are not well enough to perform?

We all need a little R&R time every once in a while, but when it becomes a habit to call in sick, always be late to work or take hours of paid breaks, that's plain wrong!

However, if you are sick or unwell, you'd better stay home, or you might end up hindering your company's productivity, even more than if you didn't show up at all. That's presenteeism.

Presenteeism is when employees come into work even when they have a justifiable reason to be absent, such as a physical or mental illness.

Undoubtedly, presenteeism and productivity have a strong connection. If an employee is physically or mentally unwell, their productivity will suffer as a result even though they are paid to be there.

So the important question becomes: why do employees feel the need to come into work even though they are not well enough to perform?

We will also look at the difference between absenteeism and presenteeism and its impact on employee engagement and productivity as well. 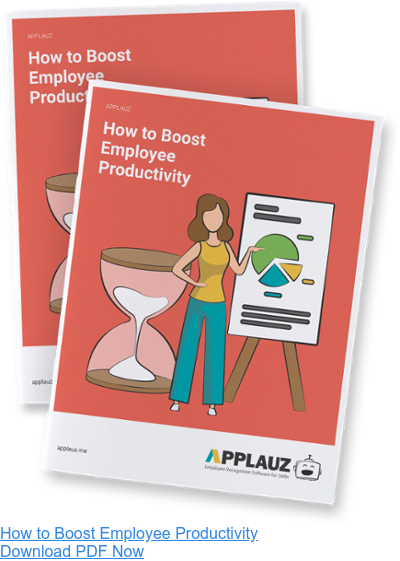 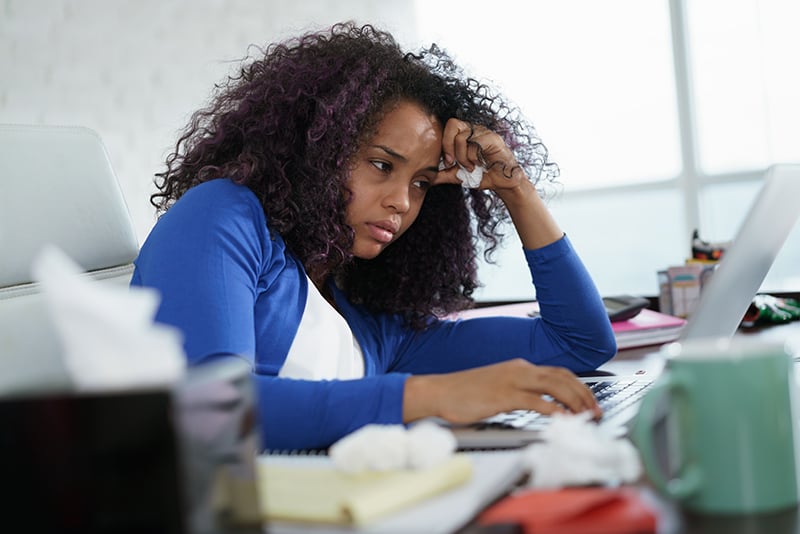 The (not-so-obvious) Difference Between Absenteeism & Presenteeism

Absenteeism occurs when employees don't show up for work.

It can negatively impact productivity, and it's a red flag for employee disengagement. Not to mention, absenteeism strongly affects the company's bottom line.

According to Statistics Canada, the average rate of absenteeism climbed from 8.8 days for a full-time worker in 2014 to 9.6 days in 2017.

What is less studied, however, is the topic of "presenteeism," which costs businesses ten times more than absenteeism, according to a recent study.

Even if it doesn't ring a bell, you've probably been guilty of it at least once in your professional life.

Presenteeism refers to lost productivity and performance due to employees showing up at work when they're sick, exhausted, or even too distracted by their issues to focus on their tasks.

Oh, and just in case you were wondering...if you're only showing up at work to receive your paycheck and your job "is making you sick," so to speak, that's also a case of presenteeism. 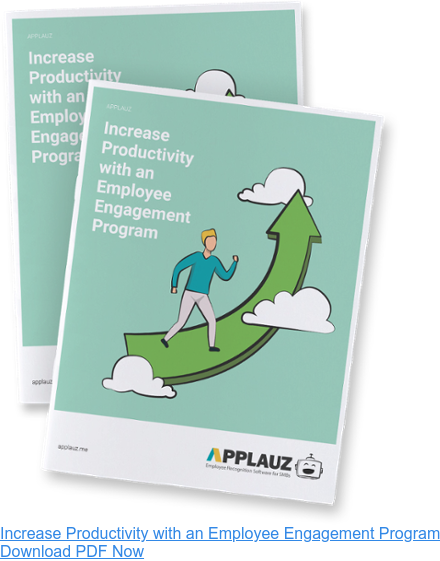 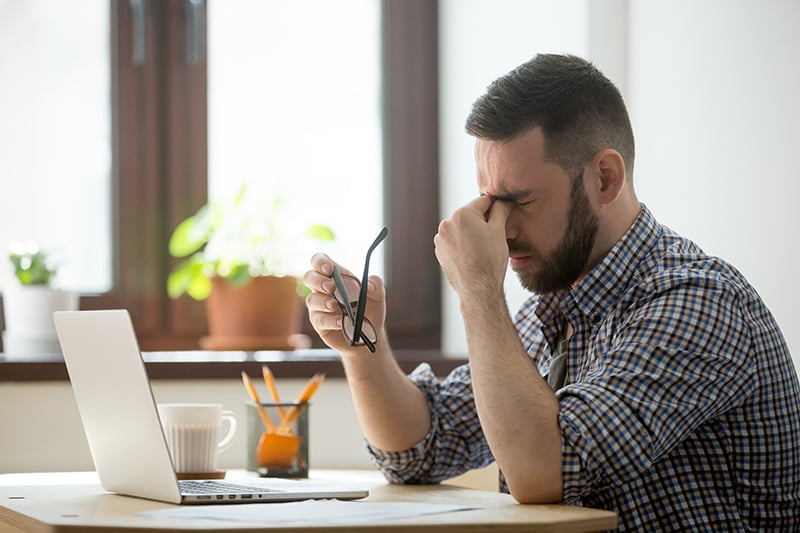 Presenteeism and Its Impact on Productivity

Unsurprisingly, presenteeism does not make a great example of employee engagement. Nor does it benefit individual or group productivity. In fact, it can severely hinder it.

It's quite logical: when an employee is sick or preoccupied, they may have a hard time being focused for a sustained period and concentrating. When physical or emotional wellness is compromised, everything seems insurmountable even if it's just focusing on a less exciting task that's on their plate, meeting new deadlines, or dealing with an unpleasant customer.

Once presenteeism becomes a regular occurrence, other negative consequences begin to follow.

Employees may begin complaining a lot about their job to coworkers, who, frankly, between dealing with their mortgages and their kids starting their adolescence crisis, could use some rest, too.

Presenteeism ends up affecting everyone else's productivity, morale, and engagement. And in the end, your company and its people are the ones who pay the cost.

If you start a new job and hear an employee proudly state, "I haven't taken a day off in a year." This could be considered a badge of accomplishment (and a sign of a healthy immune system), but it can also be regarded as a red flag.

Either the company is perpetuating a toxic culture of overworking, or perhaps this individual holds themselves to unrealistic standards. Either way, chances are, they have dragged themselves into work not feeling their best at some point. Is that any better than staying home? Not at all.

Suffice to say, presenteeism can happen when workers feel forced to conform to the unrealistic working standards of their company. In short, if no one is taking their paid vacations or days off, then they believe taking a deserved break will make them look bad—or even worse, compromise their ability to get ahead in the company. That's not a healthy way to live.

On the other hand, perhaps your employees don't have enough paid time off days. Once they've run out of paid days off, they are unable to afford to take an unpaid day off, even if they are legitimately not feeling well. Perhaps they are a sole income earner of their family, or they might have a mortgage to pay and kids to feed. 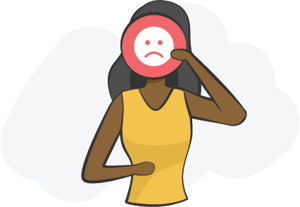 Lastly, feeling unwell sometimes manifests mentality, just as much as it does physically. However, many people feel a stigma or judgement taking a day off due to mental health reasons. And therefore will come into work, but not really bring anything to the table, as their mental health is suffering.

The Solution to Presenteeism

The good news is that presenteeism is not a fatality. Just like employee disengagement, companies and individuals can do something about it.

First of all, your organization must put employee mental health on its "top priorities" list. If you witness employees or colleagues having a difficult time in their personal life, don't be afraid to reach out to them and offer your support. Knowing that managers and peers sympathize and understand when a particular employer is not "feeling it" does wonders for employee morale.

Another option that forward-thinking companies can implement is a wellness program. Ensuring that employees have adequate paid days off for sick and mental health days. Besides, offering other mental health support services, such as yoga or meditation. Participating in wellness activities helps you refresh your thoughts and get back to work for real.

Lastly, ensure that your organization's culture understands the value of rest and relaxation. In short, employees are not afraid to take a day off or a holiday out of fear of appearing un-dedicated or lazy.

When your workforce is present emotionally and physically, productivity can only soar as a result.

With the right systems and policies in place, you can encourage a workplace where the physical and mental wellness of your employees is taken as a serious matter. As a result, people will take time off when they need it, without fear of judgement or being criticized. 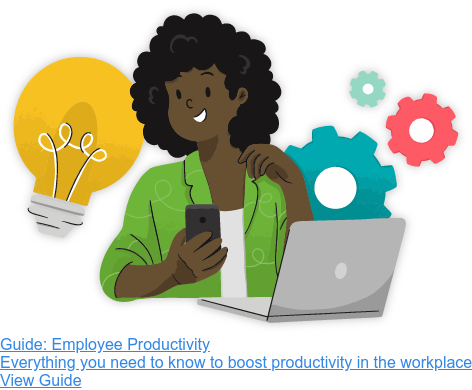 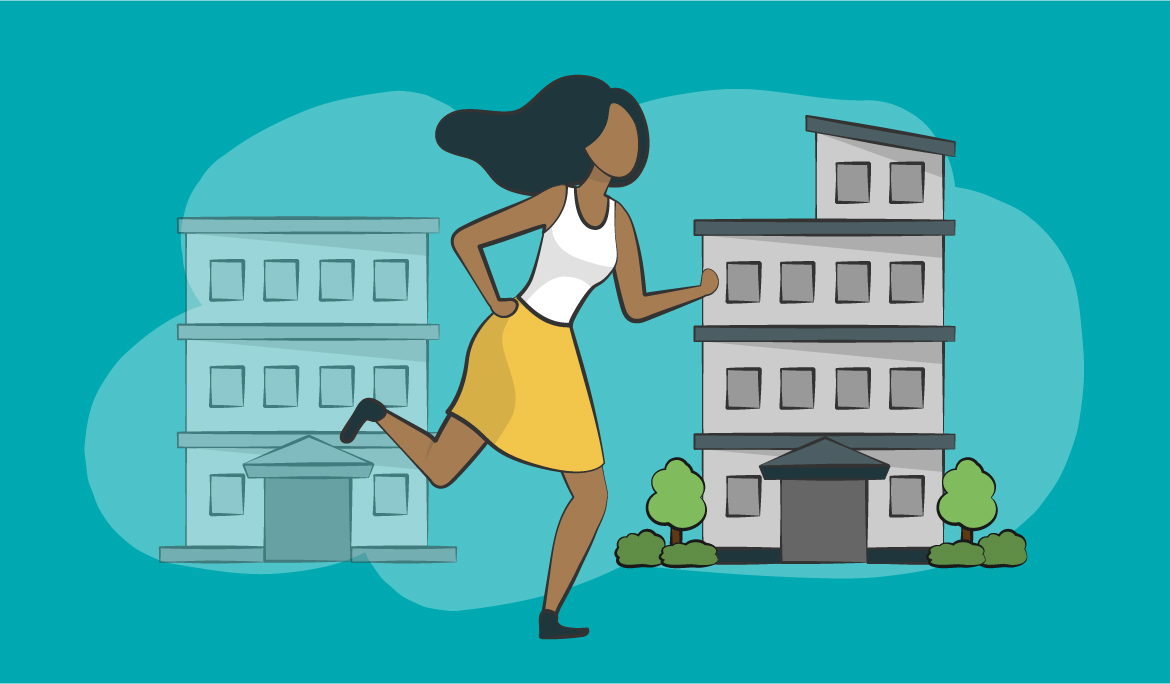 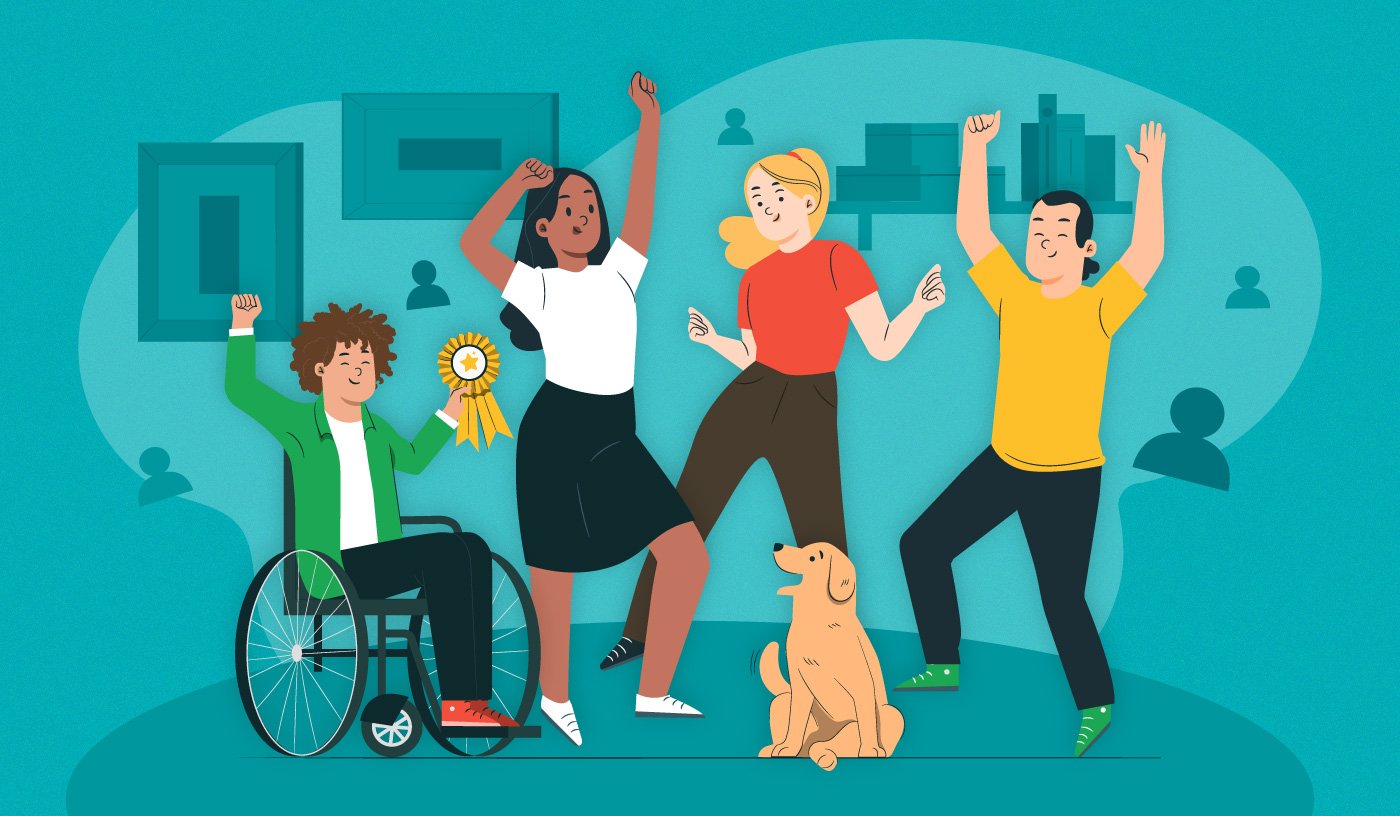 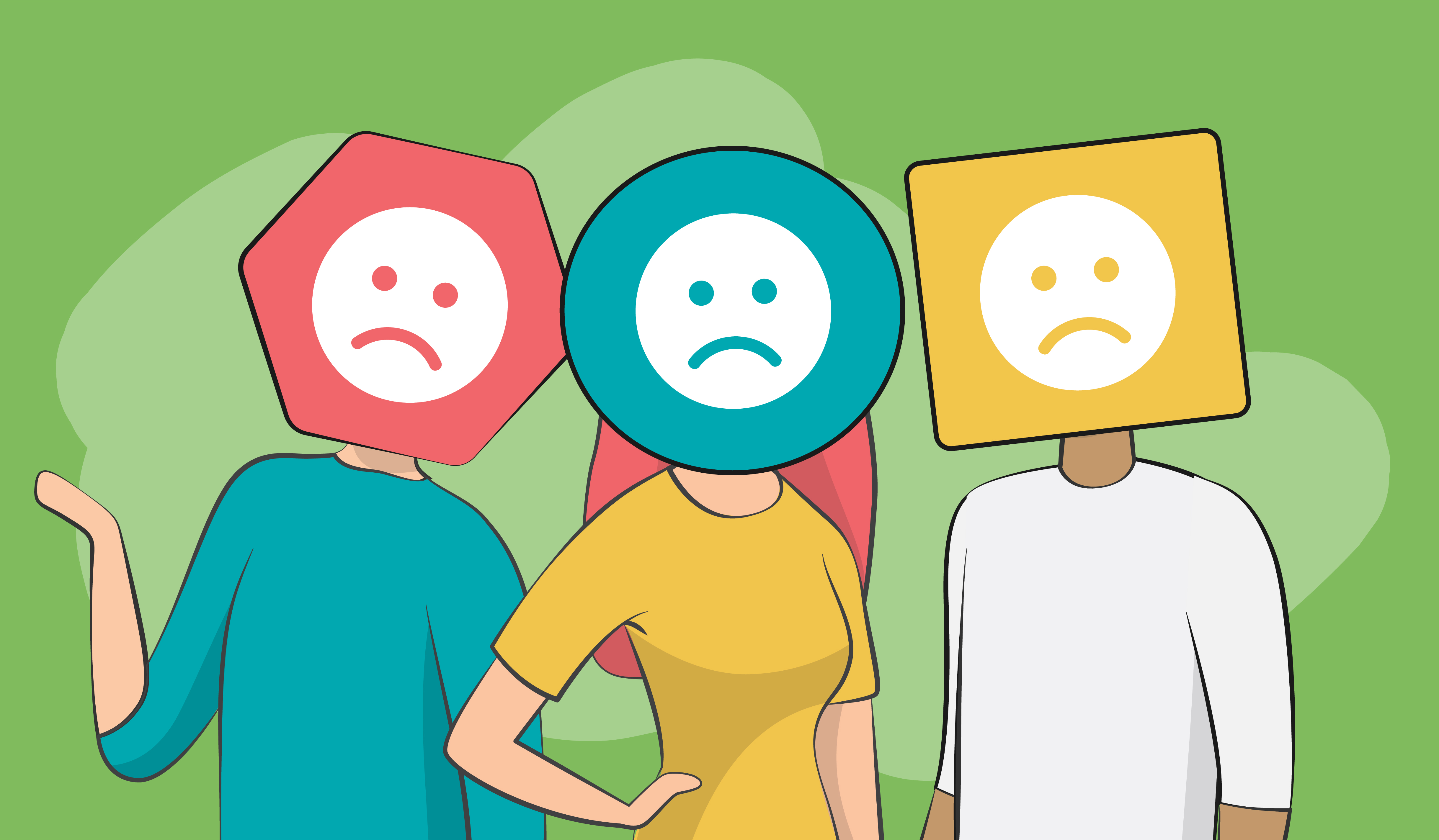 What Is Employee Disengagement: 3 Personas